by: Thomas Streeter / University of Vermont 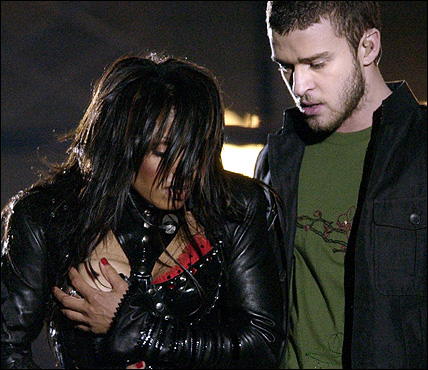 Much of what passes for discussions of morality in media policy these days is at best silly, at worst reactionary. But it’s not enough to scoff at the shallowness and hypocrisies of moral panics like the recent Superbowl wardrobe malfunction fracas, or to elegantly chart their ideological functions. Of course, there’s little to be gained from the kind of moralizing often associated with academics who cluck their tongues at Howard Stern or Jerry Springer. Condescension of the popular, I agree, will get us nowhere. But completely dodging morality won’t get us very far, either; a rigorous post-Foucaultian moral anarchism, for all its intellectual appeals, can too easily function as an unintentional apology for the status quo or, worse, simply concede the field to naive moral absolutists. Occasionally seeking to distinguish between good and bad is, as Raymond Williams said about culture, “ordinary.”[1] It’s an ordinary part of people’s experience, and as such, moral discourse will inevitably play a role in shaping the future. Ignore that and you write yourself out of the game. Any effort to change media for the better must have a moral component.

So how do we talk about media and morality without sounding petty or holier-than-thou? I think we need to start by getting beyond the typical bifurcation of media matters into structural and cultural issues. On the structural side are questions of law, money, procedure, and technology, stories of big corporations, gadgets, and financial schemes. On the cultural side are hot button issues like pornography, violence, and the protection of children. And too often, I think, US media and cultural studies scholars act as though we agree; we tend to divide our interests and scholarship along similar lines, policy folks over here, textual critics over there. There needs to be an approach that does not take the structure/culture bifurcation for granted. And one place to begin is by talking about the role of the subjective or cultural within classic structural media issues. Let’s do some cultural criticism of what goes on behind the screen. Rhetoric and style — the raw materials of culture — matter behind the screen as well as on it; if those of us trained in cultural and media studies are really going to act on all that’s been learned in the last thirty years, it’s not just that that culture matters, it’s that culture matters everywhere.

Take a current structural issue: the current experiments in wireless broadband, a possible candidate for the media infrastructure of the future (and a personal fascination of mine). At first glance, it seems to be all about technology standards, legal regulations, and money, stuff for self-important white guys in suits. Not what we spent all that time in graduate school deciphering Stuart Hall or Gayatri Spivak for.

But consider the following: in a recent interview, the FCC’s chief of policy development, Robert Pepper, was asked about new wireless networks. “Wireless ISPs,” he replied, “are some of the most exciting companies and developments that I’ve seen in a long time. You have a lot of little companies — we estimate somewhere between 2,000 and 2,500. They are providing broadband service in urban and also rural areas without subsidy. They are being deployed very rapidly at a low cost. They break even with relatively low penetration rates. They can operate on mountaintops. They can operate in inner cities and neighborhoods. This is very exciting.”

Notice that Pepper used the word “exciting” twice to describe Wireless ISPs. I don’t want to over interpret, but his use of the word “exciting” is significant. When someone like Pepper talks about, say, the transition from traditional to digital and high definition television, the talk is in the language of acronym-fluent technocrats: about orderly process, protecting stakeholders, striking a balance between competing interests, and so forth. All that stuff may sound important, but not “exciting.” Basically, Pepper’s description of wireless ISPs — small, fast, numerous, on mountaintops and in inner cities, and growing — follows the narrative lines of the tale of the plucky capitalist entrepreneur.

This is a moral discourse. It invokes a classic liberal narrative in which self-interested individual effort is constructed as a form of moral behavior. From Robinson Crusoe to Poor Richard’s Almanac to the novels of Ayn Rand to Little House on the Prairie, there’s a long and deep tradition of tales in which capitalist entrepreneurial behavior is celebrated as a sign of good character and a source of human progress. In the American context, these narratives have played a role in legitimating the very corporate capitalism that in the end undermines entrepreneurial possibilities. Pepper does not mention that these thousands of wonderful small businesses are eventually doomed to either be pushed aside by other technologies, or — if the technology does catch on — be swallowed up by larger corporate outfits (as has happened to the thousands of small phone-line-based ISPs that sprang up in the mid-1990s).

But it’s not all bad. Striking out on one’s own, taking a risk, making something new in a way that has integrity — these are all visions that have provided energy and support to many folks who could use it. The real question is how that discourse gets articulated. Currently, some city governments are exploring ways to build wireless broadband networks for their citizens that would operate on a non-profit basis, and the corporate world is doing everything it can to stop them, seeking to make such efforts illegal through state legislatures. How should struggles like this be framed? The traditional progressive tactic is to make it a struggle of the public good against private greed. But the “public good” can seem like a hollow phrase to many. Why not frame this another way? Isn’t this a case of local folks, through their city governments, setting out to build small and ingenious systems with which they can express themselves and connect to each other? Maybe it’s the cities that are on the side of the little guy and the experimenters, who are struggling against special interests who are using government to restrict the freedom to communicate. Competition is good, but allow the notion of competition to include accountable non-profit entities, like city governments, under its umbrella. (Michael Curtin has argued we need to support more and more diverse forms of public broadcasting; maybe the argument should focus on something like structural diversity; not just “public” channels or more channels, but more freedom in building channels.)

It’s now becoming routine in Hollywood to say that the media will change more in the next three to five years than it has in the last fifty. A struggle is now afoot over the future organization of media, a struggle that encompasses news, entertainment, and infrastructure. Up to this point, progressive activists are entering the struggle with a pretty narrow range of rhetorical tools, mostly focusing on the charge of media monopoly and a weak call to the “public good.” Let’s see if we can’t add a few more arrows, like structural diversity or nonprofit entrepreneurialism, to the activist quiver.