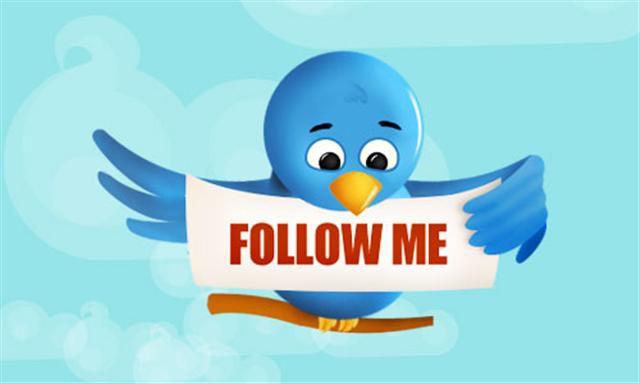 On 14 April 2010 the Library of Congress announced its acquisition of all Twitter content since Twitter’s inception in March 2006. Librarian of Congress James H. Billington characterized the donated material as offering “extraordinary potential for research into our contemporary way of life”1, and Director of Communications Matt Raymond blogged, “it boggles my mind to think what we might be able to learn about ourselves and the world around us from this wealth of data”2. These statements focus on the seemingly limitless “potential” of this once and future archive to provide unique and privileged social insight, suggesting that Twitter-and specifically the Library of Congress’s archivization of tweeted material-has the capacity to, in essence, teach us about ourselves. Such hopeful investment in a project that proposes we can learn most about who we are by watching what we do is reminiscent of similar claims made over fifty years ago with the advent of the British Mass-Observation project in 1936.

Charles Madge, Tom Harrisson and others at the helm of what would come to be known as “Mass-Observation” believed that the collection, consolidation, organization and publication of public surveys, testimonies, diary entries and structured (though presumably unscripted) mass responses in Britain before, during and after the Second World War could achieve what, in their opinion, both Surrealist art (too bound up in aestheticization) and ethnographic studies up to that point were unable to achieve, and what the mass media was in the process of overwriting: namely a view of the people, by the people, or a democratic “surrealist ethnography”3. The call-to-arms in the opening section of Britain-arguably Mass-Observation’s most successful publication4-reads, “This book aims to give the other side of the picture-to give both ear and voice to what the millions are feeling and doing”5. With a mind to produce material that would embody “the urgency of fact,” redeem “the voicelessness of everyman” and counteract “the smallness of the group which controls fact-getting and fact-distributing”6, Mass-Observation’s “collaboration with the Man in the Street”7 would bring democracy home again-or this was the intent.

Bearing in mind these lofty ambitions, in the current moment we might look to the Internet as a potential space of contemporary mass-observation. It is, in fact, the Internet’s very propensity to permit observation that is the ever-increasing concern of so many, based on the related space it opens up for pervasive surveillance. Regardless, the Internet is emerging-or has already emerged and continues to emerge-as a massive archive of information, both to some degree constructed, and experienced, by “the man in the street”-or in this case, the user at the computer. Antoinette Burton proposes that “[t]he availability of archival sources of all kinds online arguably makes us all archivists now,” adding, “What Wired magazine has called ‘Googlemania’ is thus at least partially akin to Derrida’s archive fever”8. Masses of information are uploaded online every day, every second. Web 2.0, in particular, has been framed as, perhaps, the fullest realization of the democratic potential of the Internet. Highly contested, the term, generally speaking, implies user-generated media: microblogging services, for instance, like Twitter. The aspirations of its creators or disseminators-those who have etched ever-widening corners of the web with applications that permit their users the creative space to give them shape-reveal utopic visions of social knowledge and understanding, reminiscent of the Mass-Observation ideals outlined above. Unlike Mass-Observation, however, Twitter (or equivalent) requires no formal structure of initiation, nor mechanism of observation to permit observation to occur: it exists, in a sense, already as a surpranational “panel of part-time observers”9. 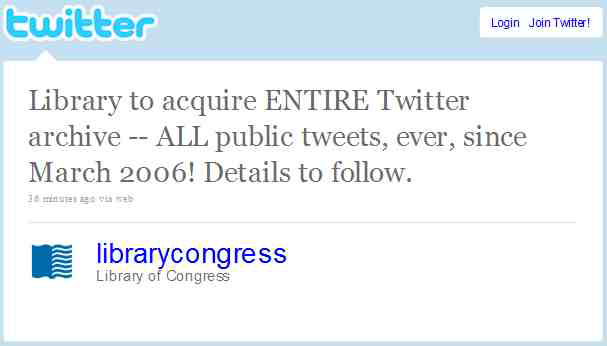 The Twitter Public Timeline might be considered as an attempt to capture the potential of such observation, as well as the magnitude and randomness of all of the information on Twitter at any given moment. The timeline, a web page maintained by the Twitter team, cycles every sixty seconds to produce a random selection of twenty tweets taken from all across Twitter. These twenty tweets are determined algorithmically, presumably allowing for completely random sampling. The result is, for lack of context-specific terminology, a “snapshot” of Twitter; a single iteration of an almost infinite possibility of iterations of all the information streaming through Twitter in that instant. Thus, critically, we might say that any cycle of this page contains within it both a specific, relatively arbitrary moment of/on Twitter and the possibility of all of the other moments on Twitter that might have been-as well as their corresponding moments in everyday life.

I make reference to the Twitter Public Timeline in order to propose that we read Twitter, in light of Mass-Observation, as what Henri Lefebvre refers to as “an endless appeal to what is possible”10; or, what Michael Sheringham identifies in his explication of Surrealism as “the possible contained in the actual; what might be is always already present within what is”11. It is thus, as I have said, not the content of any snapshot of the Twitter Public Timeline that is most important to our critical understanding of Twitter, but the (almost) endless potential content of all that could have been said, and might have been said, but is missed in the moment of capture. I use “moment” here purposefully, recalling Lefebvre’s use of the term in relation to his exploration of the everyday and of alienation. For Lefebvre, the “moment” is a remainder12; a crystallization of the everyday and a critique of it13; “a function of…the history of an individual”14. We might interpret this crystallization or function as occurring at the moment of a tweet, or at the moment a tweet is read. We might also think of tweets as representations of moments-problematic or limiting, perhaps, but suggestive, as Lefebvre writes, of “the attempt to achieve the total realization of a possibility;” as Lefebvre notes, “[t]he real can only be grasped and appreciated via potentiality, and what has been achieved via what has not been achieved”15. Lefebvre’s notion of potentiality might be the most favourable reading one can assign Twitter and the individual Twitter experience, bearing in mind this potentiality is not without a critique of its own. Based on this reading, Twitter might be considered an expression of the possibility of community, but also a literalization of the alienating impersonality of the life of the individual, and the corresponding need, resulting from this alienation, for what Lefebvre terms “leisure machines”16. (Twitter-and the Internet more generally-might be thought of as just such a machine.)

Of course, one of the most notable differences between the Mass-Observation project and Twitter (beyond the implicit classification of the former as a project and the latter’s designation as a social networking tool) is the explicit association of Mass-Observation with nationalism and nation (re)building. How does Twitter fit into this schema in its occupation of (presumably) nationless web space that is simultaneously everywhere and nowhere? Such a question is precisely what makes the official archivization of tweeted material by the Library of Congress so interesting…and potentially problematic. Twitter already exists as an archive online; all tweets-unless protected-are already available for public consumption, and they were never otherwise. Thus, the Library of Congress’s ownership and re-archivization of tweeted material, in a sense, functions to claim said material for the national body it represents: the United States. In addition, in their use of this material, the Library of Congress has begun to apply values and qualifications to it, highlighting seminal tweets to be featured in the archive, such as “the first-ever tweet from Twitter co-founder Jack Dorsey” and “President Obama’s tweet about winning the 2008 election”17. Already we see the distortion not only of the rules governing ownership of specific tweets, but also the biased, structured assessment of their value. 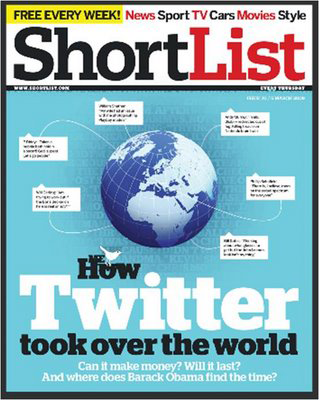 In a short piece on the archive, Arjun Appadurai calls for imaginative archives and their proliferation online. Appadurai suggests that the Internet has rendered “the archive of possible lives…richer and more available to ordinary people than ever before”18. I am reluctant to endorse Appadurai’s “capacity to aspire” (19) with regards to the Internet, a pleasant, though perhaps unsustainably positivistic, theory. It is therefore best to conclude by challenging the depiction of Mass-Observation-and Twitter, too-as “alternative mass media,” or “mechanisms for non-elite voices”19, as I reference in my title. Reading Twitter in relation to Henri Lefebvre’s theories of the everyday and everyday “moments” and the implications of the Library of Congress’s acquisition of tweeted material, both the possibility and inevitable limitations of Web 2.0 applications are laid bare. As a form of mass-observation, Twitter occupies the aporia described by Lefebvre, in that it functions in, within and as the everyday, while simultaneously negating the everyday in its alienation from it.