Why Accurate Audience Measurement is Worth the Trouble 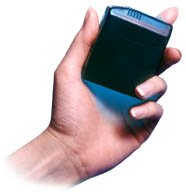 Last week’s Consumer Electronics Show in Las Vegas drove home a point that has been made repeatedly in the pages of Flow — the way we engage media is undergoing radical changes. The prospect of online distribution of programs created for TV has come to pass, with more portable video players and video downloading programs emerging to compete with the Video IPod and ITunes. These developments are likely to make the Nielsens, an already woefully inaccurate audience measurement system as detailed by Jason Mittell in the previous issue of Flow, even less accurate. It may no longer make sense to track an audience without looking across media — from television broadcasts, to video-on-demand, to downloads. But changing the method of audience measurement for TV programs won’t be easy. In fact, depending on whom you ask, it might not be possible at all.

What’s clear is that there is a lot at stake. As John Gertner noted in a New York Times article last April, changing the method of audience measurement could change the entire culture industry, an industry that, for reasons both economic and ideological, doesn’t like to be changed. Indeed, these statistics hold so much sway over those shaping the American collective consciousness that it’s easy to suspect their custodians of having something other than the accurate depiction of audience desire as their MO. However, if we adopt such a distrustful view of audience measurement, if any centralized system for the measurement of audience preference is inherently susceptible to corruption, then what would be the incentive to develop a more accurate system?

There is a certain amount of faith one must have to engage in the campaign for more accurate audience data. One has to acknowledge that what is being measured — the audience for certain programs — has social and political implications that go beyond dollars and cents. While every consumer decision made by citizens impacts these spheres, its easy to see how ratings for a progressive-minded talk show might be more indicative of its consumers’ values than, say, their decision to buy Crest toothpaste instead of Colgate. Creators, distributors, advertisers and audience researchers all have socio-political agendas of one sort or another. Nevertheless, they (particularly the distributors) are motivated foremost by profit, and if people are willing to pay for a certain program, or tolerate ten minutes of advertising to watch a show, then they would like to know about it. If it really is “all about the money,” then the networks would want to know exactly what the audience wants so that they don’t miss the boat on a series that ends up being a hit on DVD or, god forbid, another network.

We have to believe that while a totally accurate picture of audience desire may never be achievable, it is an ideal that can and should be aspired to, as much for the sake of the scholar seeking a greater knowledge of how individuals engage media as for the sake of the fan crusading to keep a soon-to-be-cancelled show from going under.

Assuming that the system is broken, and that it is worth fixing, is there anything outsiders like us can do to affect change? Individual arguments for a show’s potential, no matter how well founded or articulate, can only do so much. A financial catalyst is needed, and we might just have that in the form of a la carte availability of TV episodes courtesy of ITunes. If a show with horrible ratings gets downloaded enough times, the creators, distributors and advertisers will get the message — something is seriously wrong with the way audience desire is measured. The “tipping point” referred to by Derek Kompare in his response to Jason Mittell’s article may take this form.

Just how resistant is the current audience tracking system to change? Is this stubbornness due to an inability to keep up with new distribution technology? Is it part of a concerted attempt to marginalize certain values put forth in certain programs, or is it simply a case of a large system with many players that cannot change quickly? Perhaps we’ll never have totally accurate answers to any of these questions, but that doesn’t make the search for these answers any less worthwhile.