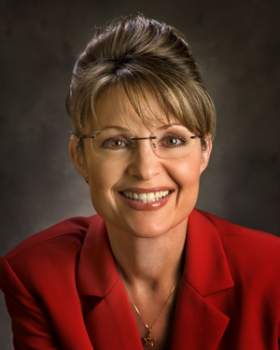 What is “pluck”? One meaning is the courage or determination marshaled in the face of some challenge. This definition is at the heart of the construction of the archetypal protagonist of the big screen “chick flick” or small screen made-for-TV movie. Yet, for these characters, pluck connotes more than determination. It describes those certain shared qualities of these characters: they are attractive and perfectly happy to be noticed as such, smart but not in any bookish way, feisty but never threatening to broader social structures, likable to the audience, frequently middle or working class, sometimes wealthy but never part of any “elite” culture, and unfailingly capable in the face of whatever challenges get thrown in their ways. This character’s pluck is frequently tied to knowledge or wisdom the character has as a woman. The power of femininity, be it sex appeal, maternal feelings, or some general empathy associated with woman, is the source of the characters plucky strength. Her pluck is constructed in such broad strokes that it resists those small details that might call the heroine’s determination into question. Her pluck acts against a shield against scrutiny, criticism, and questions that do not directly deal with strength of her resolve.

Perhaps the iconic representative of big screen pluck is Elle Woods of Legally Blonde. Elle travels to Harvard Law School for no other reason than to win back her college boyfriend. After a few false starts, Elle finds herself in the middle of a murder case. She successfully defends her client, a former sorority sister, by drawing on her plucky knowledge of hair care rather than the law. Along the way she vanquishes East Coast snobbery, comes to the aid of her working class beautician, befriends all those who seek to judge her, and discovers the plucky strength that was in herself all along.

The small screen heroine is often closer to domestic concerns. Made-for-TV versions of the plucky heroine generally feature an “everyday” kind of woman, who must overcome some “challenge” or fight for some “cause.” The movie represents her trials and tribulations along the way. But through all of these, she prevails through the power of her pluck. This genre is so clearly established that even true stories about women can be easily reassembled to fit into its contours. They can be told with more of less seriousness. The 2002 ABC Family bio-pic, Mom’s On Strike takes the less serious route in telling the story of a homemaker who walks out on family after they continually take her for granted. The 2003 Lifetime movie, Homeless to Harvard: the Liz Murray Story takes the more serious approach in telling the story of a young woman who uses her determination to move from the streets into the Ivy League. In each, the protagonist takes up a “cause,” in these cases “lack of respect” and “homelessness”, and uses her pluck to achieve her goals.

This archetype certainly informs the packaging of the current Republican vice presidential candidate, Sarah Palin. As pre-scripted by the McCain campaign and repeated by the mainstream media, her life story reads like the script to a great made-for-TV movie. Let’s call it “Hockey Mom Goes to Washington.” Its low on details and particulars, but brimming with generically broad strokes that emphasize her pluck while downplaying questions about anything that might disrupt the narrative progression of her success. In playing with these conventions, Palin is presented on the national scene as a pre-made protagonist of pluck.

It is the inspiring tale of a woman who uses her power of pluck to vanquish “corruption” wherever she sees it. It begins on a bright clear morning in Alaska (well, it would not actually be Alaska, but somewhere in Canada because its cheaper to film there), as the sun rises over the scene of a young mother packing hockey equipment in to the back of sure station wagon. In a montage sequence backed by upbeat perky music, this young mother is seen dropping her kids off at practice, picking them up, going to meetings, and serving a hot meal to her family. Our young mother is more than capable and in true Alaskan spirit even hunts and flies a plane. An active member of the PTA, our heroine sees “corruption” in her small town, and decides to fight it by running for mayor. There is the obligatory montage scene of her homegrown campaign, with scenes of her family handing out flyers, making signs, speaking to the townspeople in the local establishments. Of course, she wins – she has the power of pluck on her side.

But, the movie does not end there. After successfully ridding her small town of this oft mentioned “corruption” and giving its citizens a new multi-million dollar sports complex, our heroine turns her eyes to the corruption in Anchorage. In another montage sequence, we see her campaign for governor. She wins! Then using the power of her pluck she faces all those corrupt men, be they politicians or oil executives, who would underestimate her and vanquishes them. There is a long scene involving the sale of the state jet on E-Bay. Now how plucky is that!

“Corruption” is her obstacle and she can overcome it. Our plucky heroine does it all, she manages her family, even having a child while in office, while managing her duties as mayor or governor. Like all made-for-TV movies, it remains vague on specifics. After all, montage sequences don’t allow for much reflection or exposition. A city treasury left in debt, the aggressive search for federal funds, and any hint of the inappropriate use of the power of the Governors office, simply have no place in this tale. Her pluck makes her likeable, popular, and above reproach.

Then on a sunny late summer Alaska afternoon, a call comes in for our heroine. It’s John McCain, Republican candidate for President of the United States! Facing a charismatic opponent, the first African American candidate running for president as the nominee of a major party, McCain clearly needs a bold stroke. So, he asks our plucky heroine to be his running mate. How could she say no! In a matter of days she goes from the governor of one of the least populated states in the nation to the main stage of the Republican Convention. There she puts her pluck on full display for an entire nation to see. Her rousing speech, scripted to emphasize everything that is plucky about her showcases her personality and resolve against “corruption” and her new goal of “victory” over terrorism.

In fitting her story into the contours of the made-for-TV movie, this script posits Palin as the protagonist from the get go. The “audience” for this unfolding drama is already positioned through the conventions of the genre to see every public appearance as a “challenge” our heroine is sure to overcome. Armed with pluck, she does not need knowledge, insight, or experience, so it is useless to suggest that she is not qualified for whatever lies ahead. As long as her “cause” is clear and her pluck in tact, she will win the day. Given a new goal, “change,” our plucky heroine shows herself up for the challenge. Those who attempt to pierce her pluck shield with prodding questions will be met with disdain by her fans.

Pluckiness is an ideal character trait for a “chick flick” or made-for-TV heroine. The generic character traits are so instantly recognizable that they require little in the way of explanation or back story. It makes for a pleasurable viewing experience, and generally flatters its viewers into thinking that their own inner strength can likewise carry themselves through any trial. But Hollywood formulas make for poor politics.