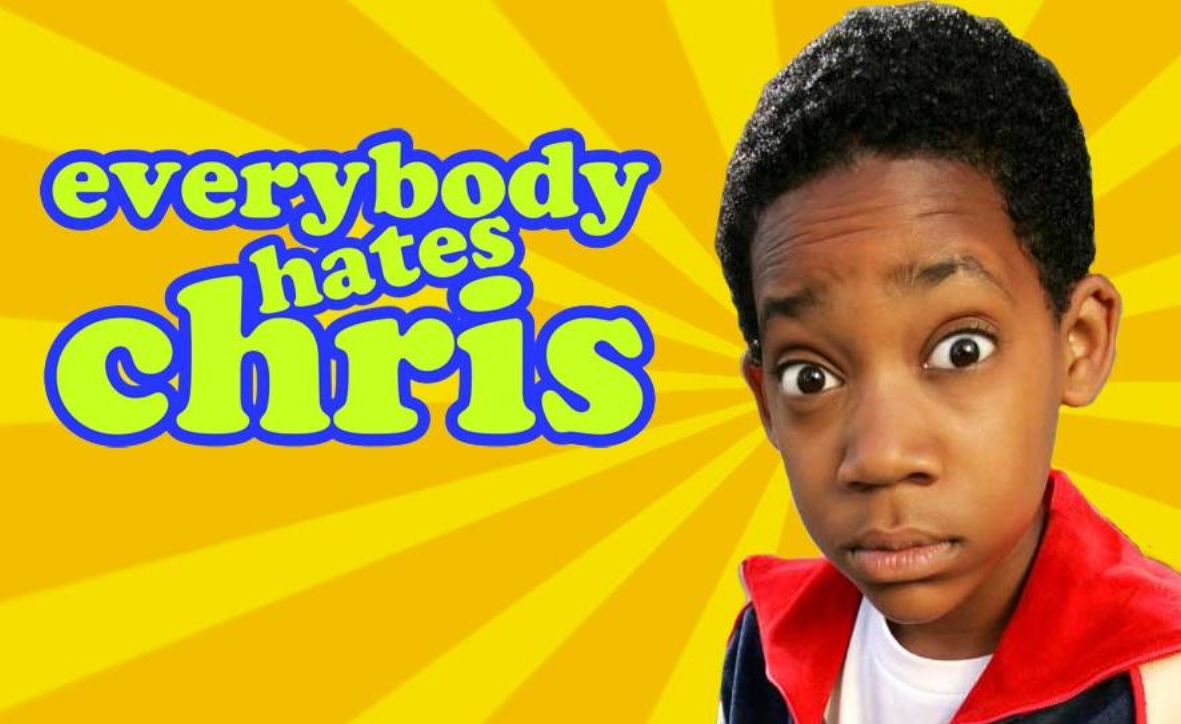 In my three part series for Flow I have been discussing the racial contours of visual media in São Paulo, Brazil. In my last article I examined the dominant patterns of black representation in mainstream media and I discussed the ideology of racial democracy. In this essay, I will examine televisual media that intervenes in this environment by making an incursion into the visual field.

I have spent a total of 18 months conducting fieldwork in São Paulo, Brazil, with Afro-Brazilian media producers. The bulk of my research occurred for a year between 2008-09. During this time I had the opportunity to meet Gloria, an Afro-Brazilian college student and one of the producers of an Afro-Brazilian radio program broadcast from her college. As we grabbed a bite to eat one day after a recording session, she began to talk about the absence of programming, on television and in other areas, that contains the equitable inclusion of Afro-Brazilians or negros. I said to her that television and media in the United States contains less than desirable inclusion of African Americans and we could do better to have more diversity in general on our TV. “But you all have Everybody Hates Chris” she answered back. “We don’t have any programs like that in Brazil, the show has a cast that’s practically all black.” Gloria was not the first person to mention Everybody Hates Chris (EHC) to me in passing as an example of a show that represented blackness on television in different ways. 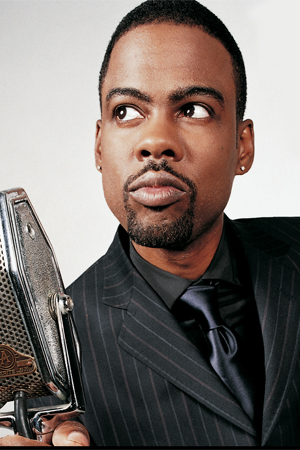 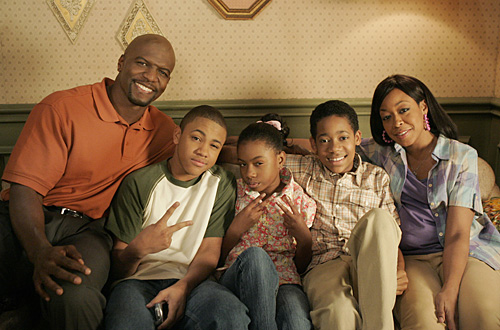 The main character, Chris, and his family

Everybody Hates Chris revolves around Chris, the oldest child in a working class black family living in the Bedford Stuyvesent neighborhood of Brooklyn, NY. His father, Julius, works hard and pinches pennies in order to provide for his family and his mother, Rochelle, strictly guides the children’s upbringing. Chris’ younger brother and sister are idolized and admired, while Chris bears the burden of the unpleasantries of home life, being unpopular at school, and dealing with racially motivated bullying and treatment from his fellow students and teachers. The critically acclaimed show is narrated by Chris Rock and references his experiences at an all-white school. To be sure, EHC is firmly anchored in the United States through its “clear connection with a post-soul urban experience.”1
For example, the racial tension generated by Chris’ experiences in majority white schools is facilitated by bussing programs in the United States that aimed to provide educational opportunities to inner city youth. The show’s depiction of racial tension in the school “alludes to the post-soul baby, dealing with how far we haven’t come.”2 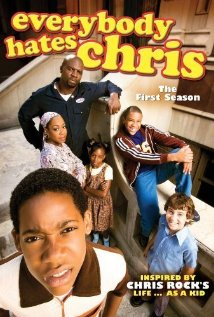 It was broadcast in Brazil on Rede Record and TBS Brasil, sometimes under the name Everybody Hates Chris with subtitles or under the Portuguese translation Todo O Mundo Odeia O Chris
with dubbed episodes. For Gloria, EHC presented the possibility that a majority black cast can anchor a successful show. While talking with her about race and representation in Brazil, Gloria told me a story about producing a commercial for a college class. “I wanted to cast a black actor to be part of the commercial,” she said, “but nobody else agreed with it. I have tried this several times and in different projects, but I could never get a black person in.” None of her classmates would refer to race as a factor for the rejection of a black actor. As someone intimately familiar with the difficulty of racially diversifying media, Gloria could not underestimate the importance of having a successful television show, which ran for four seasons, that could have a majority black cast on network television. 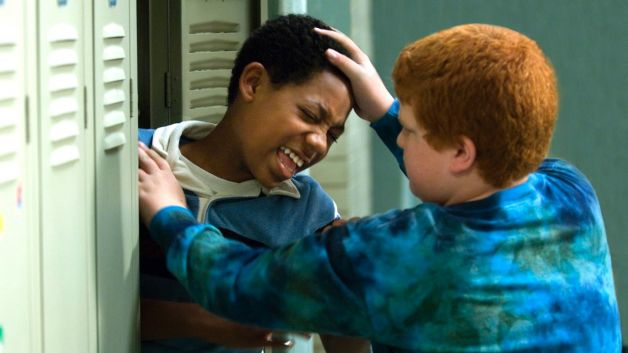 Chris being bullied in school

Paulo, another Afro-Brazilian media worker I interviewed, talked favorably about EHC. He stated,

It appears that our [Afro-Brazilians] self-critique is much worse then the critique of others. We continue to be very worried about being called racist. I think, how is it that these North American sitcoms and serials don’t worry at all. Suddenly, for example like in the television program Everybody Hates Chris, there is the friend of Chris, who is a white young man, an Italian descendent. But generally the story takes place in a black neighborhood, with black people and there’s no preoccupation about this. So there’s not a lot of worry like, “Ah! You’ll call me this or that.” Incidentally, Chris makes fun of these realities and these concerns. But here, we have a little bit of this fear. It appears that we ask for permission. We already arrive apologizing for ourselves.

Paulo has worked in mainstream and alternative Afro-Brazilian media for close to 25 years. Like Gloria he is familiar with the difficulty of including Afro-Brazilian in media representations, outside of the stereotypical roles. In this quote he refers to the way in which race is addressed in EHC. EHC provides an example of a television program that centers black life, black experiences, and where racism is openly discussed. In Brazil, Paulo refers to the common critique levied against those who discuss race, which is that they are actually racist. For him, EHC displays a counterpoint to his tendency to self-critique or censor his discussions of race and depicts a courageous critique of racism and racial discrimination. To Paulo, it is almost as if EHC creators and cast do not care how people will respond to the messages they send.

This seemingly fearless voice that EHC gives to black experiences and social critique parallels Chris Rock’s style of comedy. When Paulo says that “Chris makes fun of these [racial] realities and these concerns” he references the way that Chris Rock blends comedy and critique through a voiceover that directly addresses the audience and instructs the viewers by unpacking the subtle racial animus in the scenes as they are depicted. For example, in the pilot episode as Chris catches various buses across town the bus’ passengers shift from black to white. Chris states, “My last bus was the thirty-one. Because I was the only black person on the bus, I was always the last person anybody would sit next to.” The voice-over allows a black subject to state his interpretation of the events and to explain how his interactions are inflected through race. The visual provides some comic relief, as even a pregnant woman will not sit next to Chris. The voice and visual work to unpack the racial intonations of the encounter as the audience watches the very encounter take place. In this way, Rock gives explicit voice to the running commentaries on race that many black people notice during their everyday lives, but rarely get such a popular platform from which to communicate, in the U.S. and especially in Brazil.

To be clear, I am not suggesting that every Afro-Brazilian or Brazilians in general viewed Everybody Hates Chris through the same lens. The excellent blog “Black Women of Brazil” did a special post on EHC in Brazil and reported that actress Tichina Arnold, who played Rochelle, might be coming to Brazil. Their post includes a Twitter conversation among Afro-Brazilian viewers who expressed a range of attitudes about the show. Additionally, Mable Ivory produced a video interviewing Brazilians about why they liked the show to encourage Tichina Arnold to visit the country.

Here I mean to attend more to the incursions EHC makes into the racial landscape of media that generally excludes Afro-Brazilians or includes them in limited roles. I do not want to suggest that Brazilian television should “Americanize.” Television in the United States is not perfect, so rest assured that both countries have a lot of work to do, on television and off.