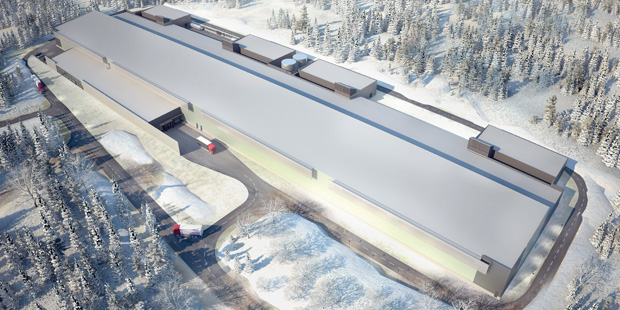 As I settle in for the Ohio winter after a decade in Southern California, it is hard not to think about temperature. Much of my time is spent putting on and taking off layers of clothing as I move between house, car, coffee shop, and classroom. I’m surprised at how much effort and expense it takes to keep a building warm (in the United States, half of all the energy we use in our homes is for heating and cooling).1 When I was living in Santa Barbara, I rarely thought about these things, not only because the weather tended to stay within a twenty degree range, but because my job and social standing kept me within easy reach of heated and air-conditioned environments. In Ohio, I still think about temperature far less than I might in many other places, where technologies of warming and cooling are completely inaccessible. As is true for much of the infrastructure supporting modern life, we rarely perceive systems of temperature control, noticing them only in their absence.

As media scholars, our object of study appeals more directly to our senses of sight and hearing than to that of thermoception. Nonetheless, temperature has been important not only to the discourse of our field (in large part due to the influence of McLuhan’s work on “hot” and “cool” media), but also to the material development of media technologies. In this article, I sketch out some of the critical insights to be gained from an analysis of the seemingly banal processes of temperature manipulation. This investigation takes on more weight today as digital media generate an unprecedented amount of heat – a shift with infrastructural, geographic, and environmental consequences.2

Like us, media technologies operate best within a specific temperature range and require mechanisms for warming and cooling their environments. The first modern air-conditioning system was designed not for cooling people, but for cooling media. Constructed by Willis Carrier in 1902, it was used to stabilize changes in temperature and humidity in a Brooklyn printing plant (which were causing the printed pages to expand and contract, and as a result, their colors to blur). Archives, whether preserving documents, films, or photographs, go to great lengths to reduce heat and humidity (both of which speed up deterioration). Temperature manipulation has also helped to open up new viewing environments and extend the paths of media circulation. Air-conditioning, for example, has been critical to the marketing of summer movies and the success of the summer blockbuster (prior to its introduction, cinemas in hot and humid climates had to close in the summer). In fact, movie theaters were among the first places that people encountered artificially cool air. Systems that stabilize temperature, like numerous other technologies of modernity, have made consistent reproduction possible, enhanced media durability, and expanded zones of consumption. 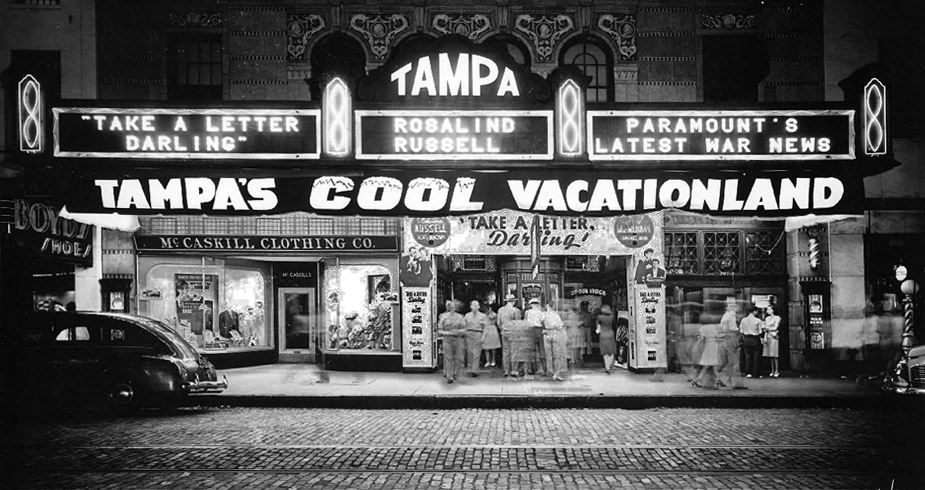 These systems rarely attract the attention of users or viewers, in part because media’s required temperature range is typically much broader than that required for consumption. For example, my Sony television’s ideal operating conditions are between 32º-95º Fahrenheit, but luckily, the temperature in my house has never dipped below 32 degrees. Exceeding 95º is a similarly rare occurrence, and overheating is likely to happen only if the television is placed in a location with little ventilation and many other electronics. In other words, media have historically been less demanding than humans about the temperature of their environments, and as a result, they can usually go most places that we do.

We are currently undergoing a fundamental shift in the temperature requirements of our media technologies. Digital media relies on heat-generating computer processors, and as a result, is much hotter than its analog counterparts. If we were to include all of the cables, servers, and operations centers required to distribute it, the internet would be the hottest medium thus far. Apple TVs are more likely to overheat than analog television. The overheating of video game consoles, such as the Xbox 360, can limit the amount of time one dedicates to gameplay. To get a sense of this shift, you can download programs such as Temperature Monitor which display exactly how much heat is being emitted at each part of your computer, and in doing so, reveal the direct correlation between digital media use and the warming up of the environment. 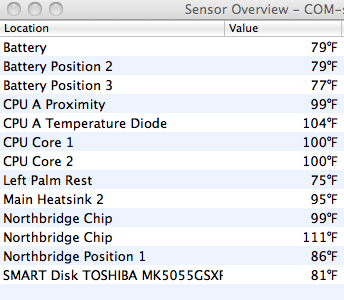 Temperature Monitor reveals a thermogeography of my computer

Without cooling technologies, digital media exhibit a death wish. They will generate so much excess heat that they inhibit their own operation. Without the heat sink in a computer, the processor would quickly overheat and burn out (if you wanted to, you could cook bologna on it before it does, see video below). If one were to shut off the air-conditioning at a data center (where our internet content is stored), the servers would overheat and our information would disappear. At times more energy is needed to cool the systems – to offset the production of heat by computer processors – than is needed to operate the computers themselves. Indeed, it is this cooling process, and something as seemingly unimportant as air conditioning, that constitutes a significant part of digital media’s environmental impact.3

[youtube]http://www.youtube.com/watch?v=7uBNCN6v_gk[/youtube]
Cooking with a computer processor

The need for cooling is shaping the geography of global internet distribution. All other factors being equal, it is more difficult and expensive to extend digital media infrastructure in places that are hot than those that are cool. During my visits to undersea cable landing stations (the sites through which internet content gets funneled on its way out of the country), a point of focus and discussion is almost always the air-conditioning system (the bill for this can run tens of thousands of dollars a month). The transition to the “cloud” means that we increasingly depend on groups of computers in data centers, which concentrate heat emissions, and thus require cooler and cooler environments. For this reason, server farms are being located in colder climates. Facebook is building a data center in Sweden, which despite the cold weather will still cost $72 million a year to power. Google has a new seawater-cooled center in Finland. When I visited internet companies in New Zealand, they suggested that their country could also be a possible site for data centers, in part because of their climate. As our media exchanges increase and continue to heat up (literally), this could be accompanied by a move of content to the northern and southern latitudes.

While much of the discourse about the move to a post-industrial society charts a path to a cleaner, information-based mediasphere, dominated by an aesthetic of “cool,” the total heat emitted by computers is steadily increasing.4 Taking digital media’s temperature makes clear that as the virtual worlds we engage apparently multiply without end, they do so alongside processors, servers, fans, and air-conditioning, technologies that are in turn dependent on finite (and primarily carbon based) energy supplies.

Thanks to Jeff Scheible, Rahul Muhkerjee, and Ethan Tussey for their insight and suggestions on this essay.