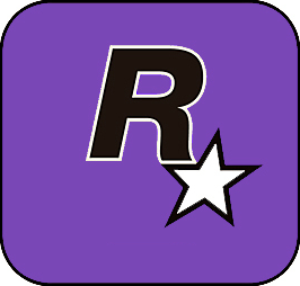 While popular discourse about the role of women in games is usually limited to the hyper-sexualized portrayal of female avatars or how to lure women and girls to play, the latest controversy over working conditions at a major game development company is a rare public opportunity to consider the gender and class politics of the video game industry.

On January 7 a post from anonymous author “Rockstar Spouse” appeared on Gamasutra, a news and information site for video game developers. The post reads as a collective complaint from the wives of employees about the working conditions at Rockstar San Diego. Rockstar is a top-tier video game developer owned by publisher Take-Two Interactive and most famously known for the Grand Theft Auto and Max Payne franchises. Rockstar Spouse borrows its handle from “EA Spouse,” the anonymous author of a 2004 LiveJournal post who raised nearly identical labor concerns about Electronic Arts.1 In both cases, the key issues include prolonged unpaid overtime (referred to in the industry as “crunch time”), declining morale and depression, physical and emotional suffering, lack of raises or cost of living increases despite record-breaking game sales, and the toll these working conditions take on the domestic life of employees, spouses and their children. As a result of months of abuse and inaction on the part of the company, Rockstar Spouse declared, “action must be taken to protect the rights of employees and those who depend on them.”

This latest labor relations controversy raises many points worthy of discussion, but in this brief piece I wish to draw specific attention to the gendered nature of this event.2 What the Rockstar Wives (as the post is now described) have written is a Marxist feminist critique of labor in the games industry, demonstrating once again that the personal is political and that corporatism inflicts tangible material consequences on workers and workers’ families.

The history of women and labor rights in the United States provides an important context for understanding the actions of both EA Spouse and the Rockstar Wives. In addition to being members of unions and battling for rights as laborers, women who not employed outside the home have held central roles organizing on behalf of their striking husbands. From the wives of striking packinghouse workers in Chicago during the early 1900s, to the “ladies auxiliary” units of the Colorado Fuel and Iron strike of 1913-1914 and the 1934 Minneapolis Teamsters’ Union strikes, there is ample precedent for how women become vital actors in battles for improved wages and working conditions for their partners.3 Barbara Kingsolver writes in her book about the Arizona Copper Mine Strike of 1983 that women were compelled to become involved in their husbands’ fight with the Phelps Dodge Corporation because they were keenly aware that the welfare of their families was at stake. At first women participated in traditional roles of support, providing childcare and meals for striking workers, but through the long months of the strike, they became political actors as well, “walking the picket line, organizing rallies, going to jail (and) walking into the governor’s office.”4

While there were plenty of calls for unionizing game development workers after EA Spouse posted her missive, four years later no union has successfully organized the industry.5 Without a formal union-backed grievance process or a safe internal company structure for raising concerns, the partner of EA Spouse and several of his coworkers, pursued legal action against EA resulting in a $14.9 million settlement in 2006. The attention brought by EA Spouse shook the industry as hundreds of similar stories surfaced, setting the atmosphere for a costly payout. Rockstar Wives are threatening the same action: “[I]f these working conditions stay unchanged in the upcoming weeks, preparation will be made to take legal action against Rockstar San Diego.” 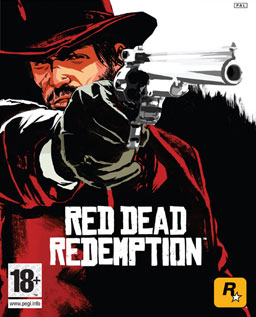 A second important element highlighted by the Rockstar Wives story is the relationship between workplace diversity and quality of life concerns. In 2005 the International Game Developers Association issued the results of a workplace demographics survey of mostly US and Canadian developers. The report quantified what most in the industry knew: The “typical” game developer is white, male and heterosexual.6 Furthermore, the survey revealed the workforce is younger and more likely to be single or childless than the average population. Men dominate the creative roles of game production such as programming, art, audio and design by at least 88%, while more gender parity exists in human resources, operations, marketing, and public relations. The positions most affected by “crunch time” are the creative roles. These extreme working conditions have, according to IGDA, “been linked, in part, to the industry’s inability to attract female workers.”

But the desire for a family-friendly environment and a healthy work-life balance is not exclusive to women. The games industry is an industry that eats its young. It relies heavily upon labor from young men with few attachments outside the office, who are new to professional life, with less than 5 years industry experience, and little political leverage to affect change. According to IGDA’s 2004 Quality of Life report, a third of survey respondents reported an intention to leave the industry within 5 years and over half expected to leave within ten, citing the heavy work load, job insecurity and unrealistic deadline pressures as key factors for their planned exit.7 Calling this high turnover rate “catastrophic” to the long-term success of the industry, IGDA advised management to reign in crunch time and institute quality of life “best practices” which included recognizing the importance of family and other non-work relationships to the retention of employees. Despite the decrease in crunch time across the industry, IGDA’s most recent quality of life survey (2009) found that a majority of developers still felt “they needed more time for themselves and their families.”8

Third, when EA Spouse posted her outrage at Electronic Arts and concern for her partner’s well being, she forced recognition that industrial relations involve not only workers and employers, but also families and communities. When Rockstar Wives demand “action must be taken to protect the rights of employees and those who depend on them” they too are insisting that their husbands do not go to work alone. This point may seem obvious, but in the current economic environment where money for leisure goods such as video games is tight and unemployment is rising, drawing attention to the nexus of family and work in order to demand change is risky. The Rockstar Wives are particularly brave given the precarious position of the San Diego studio. Red Dead Redemption, the current title in production, has alleged been mismanaged, forcing Rockstar corporate to enact crunch time to meet an arbitrary industry timeline. There is widespread talk of scuttling the studio upon completion, contributing to the psychological and financial worry of its employees.

Perhaps most significantly, the description of work life and its consequences outlined by EA Spouse and the Rockstar Wives challenges assumptions about digital labor and the “cool factor” of creative production. Like film, television, advertising and other creative industries before, working in game development is a dream job; the rock star life. Often cast as the antithesis to the corporate environment – with open-space offices, after work LAN parties, and a relaxed dress code – this image exists in sharp contrast to the labor lives of our fathers and grandfathers. However, this well-crafted veneer obscures industry practices of long hours, unpaid labor and, as this critique from Rockstar Wives reveals, decidedly un-rock star-like treatment: “A sentiment grows [at Rockstar San Diego] that [employees] have lost not only the sense of being valued, but [have been] turned into machines as they are slowly robbed of their humanity.” With their allegations of depression, and chronic and stress-related health problems, EA Spouse and Rockstar Wives crack the veneer and expose the material consequences of immaterial labor.

Their methods may be new (anonymous, viral blog postings), but the actions of EA Spouse and Rockstar Wives have precedent in the history of women and labor in the United States. Unless the root concerns discussed above, which are delaying the industry’s place as a fully relevant and culturally rich medium, are addressed, we can expect to see future posts from Blizzard Wives and Nintendo Spouses.