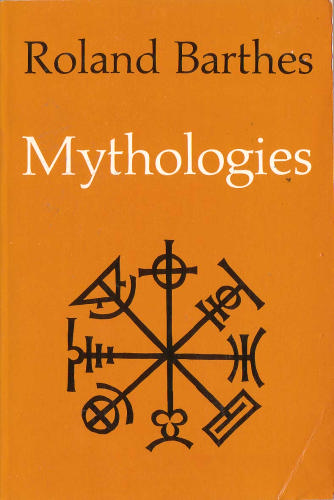 For the last few years, I’ve been preoccupied with a concept that hasn’t received much academic attention lately: myth. Specifically, the idea that popular culture narratives are forms of myth.

The heyday for this turn of thinking was the 1960s and 1970s. That was when literary and film scholars influenced by Carl Jung and Northrop Frye formed the “myth and symbol” school, looking for transcendental archetypes in modern narratives.1 At the same time, structuralists inspired by Claude Levi-Strauss studied media myths as self-contained signifying systems.2 Those more suspicious of myth nonetheless accepted it as a useful conceptual apparatus: Roland Barthes‘ Mythologies (translated into English in 1972) inspired Marxist critics to demystify the stories we live by.3

In the 1980s, myth lost its currency as a category of analysis in media studies. Postmodernists grew wary of myth critics’ tendency to find the same archetypal metanarrative wherever they looked.4 Anthropologists critiqued the ahistorical urge to equate mass media storytelling with ancient systems of belief. And post-Marxists began to question drawing easy distinctions between myth and reality.

But as myth as a keyword drifted out of the academy, it emerged as a hugely influential concept in popular culture. Joseph Campbell, the most influential popularizer of Jung’s ideas, became first a crossover success as an author, then a posthumous celebrity as the star of the 1988 PBS series with Bill Moyers, The Power of Myth.5 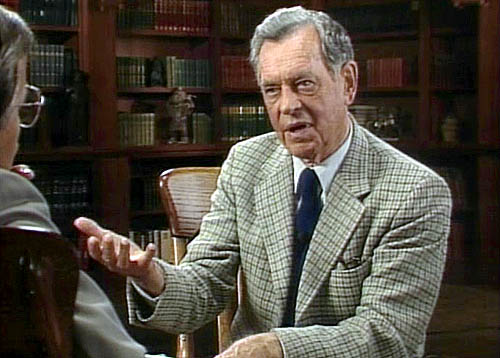 Campbell’s The Hero with a Thousand Faces, first published in 1949, argued that all hero myths are versions of one, universal “monomyth.”6 His book was an inspiration to filmmaker George Lucas, who used Campbell’s monomyth as his model for Star Wars. With the success of that film, many other Hollywood screenwriters began turning to Campbell’s ideas.

In 1985 Christopher Vogler, a newly hired story analyst for Disney’s animation division, distributed a memo outlining Campbell’s Hero’s Journey. 7 Vogler’s memo became a touchstone at Disney and other firms, forming the basis for films such as 1994’s The Lion King, one of the top-grossing movies of all time. Vogler subsequently left Disney to become a freelance screenwriting teacher and consultant, and turned his memo into The Writer’s Journey, a step-by-step how-to for applying Campbell’s ideas to screenplays.8 Vogler boils down the seventeen stages of Campbell’s Journey to a tidier twelve steps: 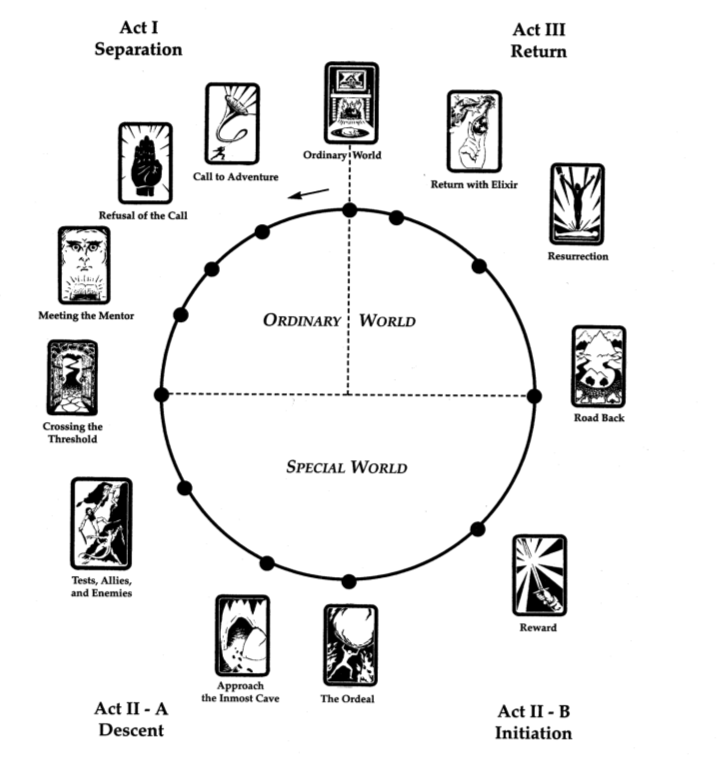 The Writer’s Journey, now in its third edition, is one of the most successful screenwriting manuals ever published, and Vogler is one of the most in-demand of screenwriting teachers and consultants. Vogler’s influence is so great that today screenplay outlining software programs such as Power Structure give writers the option of organizing their screenplays around Vogler’s 12 steps, as an alternative to the traditional three-act structure popularized in Syd Field’s canonical text, Screenplay. 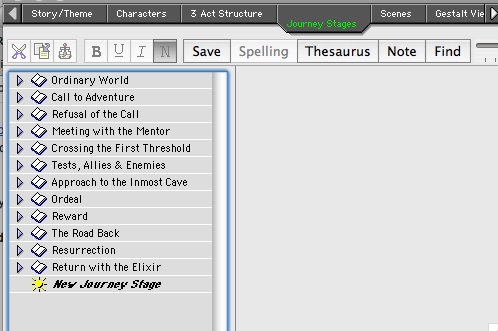 At the same time that myth has become a touchstone for screenwriters, it’s also become a keyword for the New Age movement, inspired by Campbell’s injunction to “follow your bliss.” The very ubiquity of the concept of myth in American popular culture may help explain its absence from academic discourse – a term which once held a lot of academic cachet has become awfully déclassé. But as scholars of popular culture we ought to take vernacular theory seriously, and to try to understand the continuing resonance of a concept we’d thought we’d left behind.10

Most attempts that have been made by critics to explain the appeal of Campbell’s “Hero’s Journey” have emphasized his convenient formula. Thus, Henry Jenkins in Convergence Culture concludes that it functions as a narrative shorthand: “Audience familiarity with this basic plot structure allows script writers to skip over transitional or expository sequences, throwing us directly into the heart of the action.”11 In this vein, Jenkins promotes a limited return to the concept of myth, as a way to recognize certain parallels between the influence of canonical texts of the past such as The Odyssey and contemporary “transmedia storytelling” in the Matrix and Star Wars universes (while being quick to recognize the substantial differences between how folk tales were once produced and consumed, compared to today’s mass media system).

But in highlighting Campbell’s structuralism, Jenkins tellingly ignores the greater half of his appeal: his mysticism. For Campbell, myth is important not simply because it organizes familiar narrative structures, but because it an avenue towards engaging the unconscious and finding spiritual meaning. To use Carl Jung’s language, it is about the numinous.12

As Andrew Von Hendy explains in The Modern Construction of Myth, the spiritual dimension is at the heart of the origin of the concept.13 The term emerged in the Romantic era, in response to the Enlightenment’s fraying of religious certainty. It from the beginning had a dual resonance: it reflected a yearning for transcendent meaning, but already a nostalgia for a time when such meaning could be taken for granted. All myth, in this sense, is “modern myth,” since the very invention of the concept of myth was a reaction to what Max Weber described as modernity’s dis-enchantment of the world.14 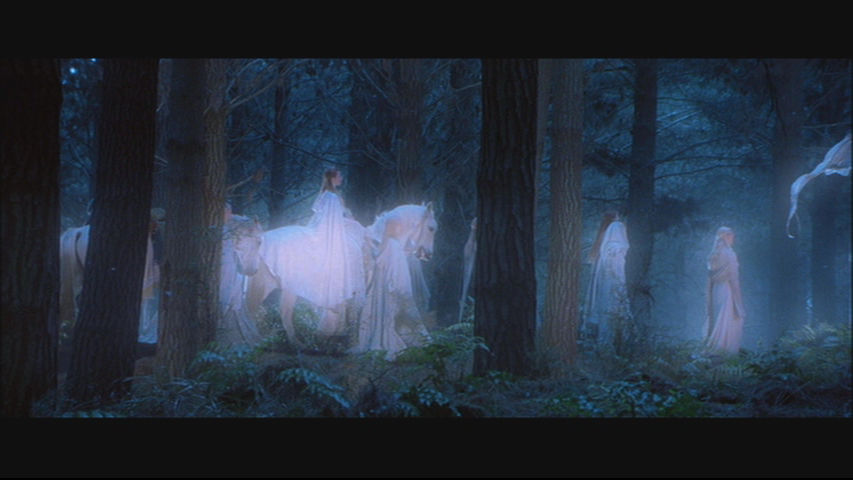 The Passing of the Elves in The Lord of the Rings, J. R. R. Tolkien’s image of the disenchantment of the world

It is this numinous aspect of myth which has made it both compelling and discomfiting for critical theory. For intellectual traditions rooted in Freud’s and Marx’s hermeneutics of suspicion, there’s no independent human capacity for spirituality. The yearning for transcendental meaning is only a symptom of the fear of death or an outlet for class antagonism. But perhaps our postmodern skepticism could extend to questioning the limits of scientific materialism. The survival of the concept of myth may represent not the tenacity of an illusion, but the return of the repressed in a world outwardly more disenchanted than ever. As Jung argues, myths tend to compensate for those aspects of personality most neglected in a society.15

Take Star Wars. The franchise has inspired innumerable academic studies of fan culture, celebrating the creativity and autonomy of its audiences.16 But scholars’ emphasis on fan creativity, I’d suggest, evades a more fundamental question: why Star Wars? Why is it this world, in particular, which has inspired such energy and loyalty? The answer, I’d suggest, is in The Force: the mystical system of energy that powers the Jedi Knights and governs Lucas’s universe. The Force is not exactly a religious concept: while a handful of fans mark “Jedi” down as their religion on census forms, most recognize that it’s a fictional conceit. But it’s nonetheless central to a story that resonates – a myth that captures the imagination and often won’t let go. It’s perhaps not surprising that the most devoted Star Wars fans – myself included – tend to be “geeks” who work and play in the most highly technologized sectors of the global economy. In that most postmodern of contexts, the myth of The Force has taken the place, at least in fantasy, of more familiar forms of faith.17 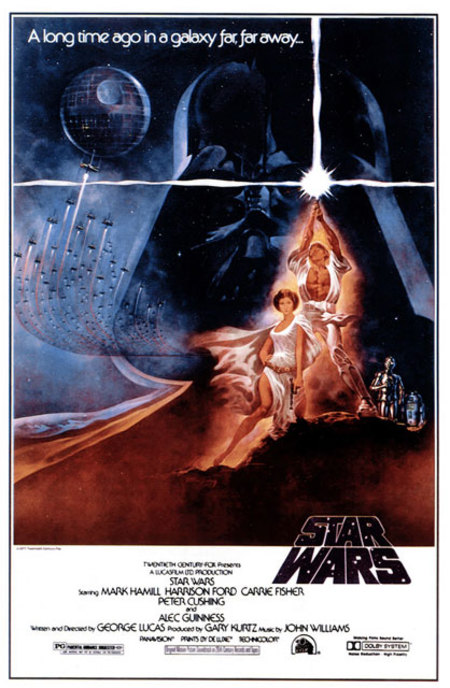 Faith in the force

1. Roland Barthes’ Mythologies marked the heyday of Marxist myth criticism
2. Joseph Campbell became a posthumous star on the PBS series The Power of Myth
3. Christopher Vogler’s version of Joseph Campbell’s Hero’s Journey, as visualized in Stuart Voytilla’s Myth and the Movies: Author’s image
4. The program Power Structure allows writers to organize their screenplays according to Campbell’s and Vogler’s “Hero’s Journey” structure: Author’s image
5. The Passing of the Elves in The Lord of the Rings, J. R. R. Tolkien’s image of the disenchantment of the world: Author’s image
6. Faith in the force