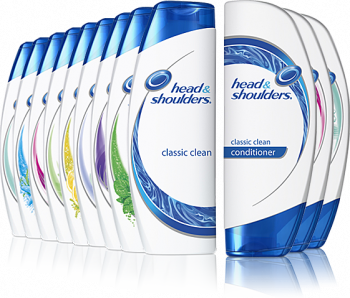 In my last column for Flow, I analyzed a series of Viagra commercials (Viva Viagra!) to show how dance operated as a euphemism for sex and a signifier of racialized sexuality. Here, I look to another commercial to show how the media Latina is once again ambiguously racialized through representations of hair and dance.

As Jennifer Fuller argued in her column “Dreadful Locks: Shear Genius and the Limits of Multiculturalism”, black women and black hair have often been represented as unattractive or unruly within U.S. media culture. My argument similarly navigates the black-white binary of representation through hair; in this case, however, I argue that the Latina’s body and hairstyle must simultaneously represent signifiers of sameness and difference (or whiteness and blackness) within the media frame.

Most successful Latinas in mainstream media (from Rita Hayworth to Jennifer Lopez) have had to change their hair to more closely conform to white standards of cosmetic beauty; usually, this translates into long, straight/ened, and light brown hair. Meanwhile, the Latina’s physical body is both racialized and sexualized through her ambiguously ethnicized or racialized difference. Within the media frame, the ambiguity of this simultaneity is further magnified through the Latina’s seemingly compulsive action of dance.

One Head & Shoulders television commercial exemplifies the ubiquitous relationship between hair, dance, and Latina representation. In 2007, the drugstore dandruff shampoo Head & Shoulders re-launched itself as a salon-quality product through a series of commercials, print advertisements, and promotional spots (Ellen, etc) that announced “millions of people” had recently discovered “a secret to truly healthy hair.” The thirty-second television spot that caught my attention ran during a Lifetime syndicated airing of Will and Grace in December of 2007, but the commercial has since run on various networks.

What’s the secret to beautiful hair?

The commercial offers a racialized spectrum of women and hair in order to advertise its product through a series of “testimonials” that offer a predictable series of remarks. “It actually changed my hair.” “It feels healthy.” “My scalp feels…really moisturized.” And, “It’s got movement…like salsa.” Each statement is uttered by a multicultural list of characters (or impossibly beautiful so-called average blind-test subjects) and it should take no real time to imagine which two statements come from the black and Latina figures. Healthy, moisturized hair rewards the auburn-, dark brown- and red-haired (white) women while the women who laud their hair’s ability to change or be in constant movement are nonwhite.

The commercial begins with the black silhouette of a large crowd against a white background. The camera’s movement reveals that the computer-generated crowd stands in the shape of a Head & Shoulders logo with a question mark at the center. We enter the conversation of two silhouetted female figures as they gesture a whisper and a female voiceover offers to let us in on the secret to healthy hair. The commercial then wipe-transitions into a series of interviews with purportedly real women. 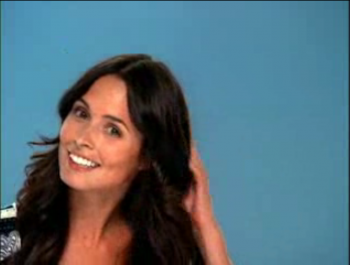 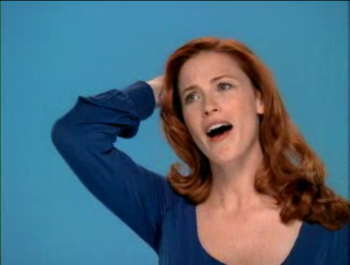 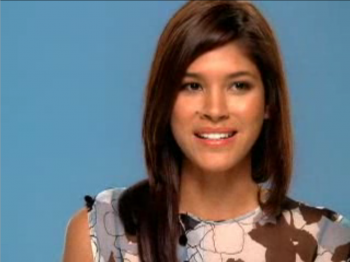 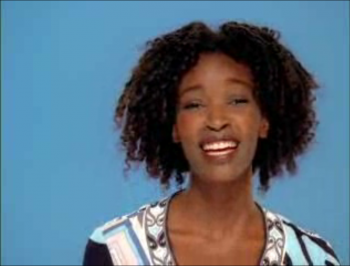 Multicultural Hair, From Sameness to Difference

For the black and brown women in the commercial, Head and Shoulders proclaims to offer two key elements: “change” and “movement.” The black woman’s proclamation that the product has “actually changed [her] hair” brings forth a history of racialization and cosmetic manipulation tied to oppression, assimilation, identity negotiation, etc. For the Latina, the concept of “movement” identifies her as Latina and confirms her cultural, racial, and/or ethnic authenticity.

Though the camera is constantly moving, subtly reframing the women to make the commercial more visually dynamic, the Latina is the only character/subject granted a frame wider than the aforementioned close-up. In her testimonial, Julianna (identified by name on the Head and Shoulders website) says, in slightly accented English, that her hair’s “got movement.” The close-up testimonial immediately cuts to a medium shot as her voiceover continues, “Like salsa.” The camera’s reframing for this cut is jarring in its form (it is the only medium shot among the testimonials), but fluid in its ideological transition. On cue, we see the Latina perform a brief salsa step: her body rocks from side to side, suggesting that her legs are shifting her balance, as her bent arms move like pistons. Though we only see her body from the waist up, Julianna’s smile and movement tell us that she loves dance and her mobile hair.

Where the black woman is cast to immediately signify difference, the Latina visually operates as an ambiguously racialized body that is crucially nonwhite — but not black. The black woman, identified as Tia on the Head and Shoulders website, is marked as different through skin color, her use of the word “change,” and the fact that she is the only woman in the commercial who does not have straight hair. Because the commercial’s Latina is cast as a light-skinned woman with lighter, straight hair, it is possible to visually classify her as similar to the white women featured in the commercial. However, Julianna’s accented English and her seemingly compulsive desire to dance salsa marks her as unmistakably Latina. Because the history of Latina representation in mainstream media dictates that she must look different enough, but not too different, and that she must dance, I wonder whether a black Latina, a Latina without an identifiable accent, or a static Latina would have worked for this role?

1. Head and Shoulders Product Line
2. What’s the secret to beautiful hair?
3. Multicultural Hair, From Sameness to Difference (all the pictures of the women)
4. Front Page Image