Lost in an Alternate Reality 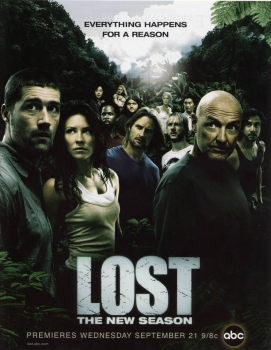 As many researchers have discussed, transmedia storytelling is on the rise, but we're still immersed in an experimental phase–traditional media venture into new formats while emerging creators chart new directions, all with unpredictable outcomes. One of the latest innovations from a high-profile source is the television show Lost's venture into the emergent form of the Alternate Reality Game (or ARG). What can “The Lost Experience” teach us about transmedia storytelling and the differing ways television and games function as narrative media?

ARGs are an interesting cult phenomenon taking advantage of the ubiquitous role media play in our daily lives. Typically ARGs are launched subtly with a few well-placed clues (or “rabbit holes”), leading players into a trail of websites, phone numbers, newspaper ads, and physical events that posit an alternate immersive reality with embedded mysteries and puzzles. An ARG by its definition must operate in secret, as the goal is to obscure the boundaries between an emerging storyline and real life in a paranoid mist–only after the game's completion are its “puppet masters” and underlying structure made public. To chart their way through the maze, players typically collaborate in a collective effort to solve puzzles and build a trail, using online forums, listservers, and Wikis to join forces. While some ARGs have emerged as fan-created grassroots efforts, the commercial applications for the form have been as “immersive entertainment-based marketing campaigns” for other products, most notably the film A.I. with “The Beast” and the game Halo2 with “I Love Bees.”

Given Lost's dedicated fan base already congregating on numerous websites, the show's focus on puzzles and mysteries, and its narrative world highlighting paranoia and deception, it would seem like the perfect series to be extended into an ARG–certainly the buzz was strong among both ARG players and Lost fans this spring as producers announced the launch of “The Lost Experience” for May 3rd to run throughout the summer during the hiatus of the television season. Now over a month old, it seems that the game has not lived up to expectations, for reasons attributable to the competing industrial and narrative norms of television and ARGs. 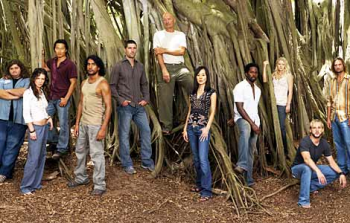 In an ARG, the narrative typically launches in the midst of an enigma, presenting a situation which not only fosters suspense but also asks players to question the rationale and existence of whatever they encounter–are these websites and emails real or part of a fictional world? How do these disparate elements relate? In many ways, the narrative of Lost does the same thing, placing characters on an island full of seemingly random elements (polar bears and hatches) and potentially deceptive psychological experiments. But “Experience” begins with a storyworld already having been established on television, with players bringing two seasons of expectations and theories into their interactions with the ARG. Thus, like all cross-media games, players want both to enjoy the game as a played experience, and find insights into the narrative world they are already passionately engaged in.

As of now, “The Lost Experience” seems to be failing on both of these counts. Judged as an ARG, players are griping on forums, blogs, and email lists that the puzzles are too easy–or in one case, impossibly
difficult–and repetitive in format. ARGonauts (as they sometimes call themselves) seem annoyed by the high level of publicity “Experience” is
getting, as the flood of new players are less savvy to ARG norms and frequently break etiquette in various ways, like posting solutions without explanations or highlighting fake websites. Additionally, the story seems to be mired in redundancy–the first month has essentially been spent highlighting ways that The Hanso Foundation (a mysterious entity within the television show) is corrupt and nefarious. Experienced ARG players are voicing concerns about “Experience” as offering too little payoff for the time they invest.

So are fans of Lost. One of the challenges of converting a complex ongoing narrative like Lost into a game is the delicate balance needed to sustain two storytelling modes. Lost has been able to spin a richly complex and layered narrative web in its two seasons, simultaneously solving mysteries while offering new enigmas. How might “Experience” fit into this storyworld? Producers must ensure that whatever is revealed in the ARG is not needed to comprehend the TV series, as the audience of millions for the latter will certainly dwarf the number of players who will stick through “Experience” until its conclusion this fall. Additionally, “Experience” is running simultaneously across the globe, but Lost's schedule outside the US is significantly lagged — for instance, the UK is just now getting episode 7 in the already completed season 2 — meaning that any plot revelations in the ARG must be sure not to spoil mysteries within the television series. Thus “Experience” must offer only supplementary inessential narrative information to Lost, allowing the television series to retain centrality within the storyworld.

Beyond these practical concerns, there are significant tangles to be unraveled between the two narrative forms. Lost is clearly marked as fiction in every way, such as via acting credits and writers who host a weekly
podcast. ARGs are dependent on creating an alternate reality that seems real to players–thus “The Lost Experience” presents The Hanso Foundation as an actual organization that Lost producers incorporated into their fictional universe, a claim made by Hanso spokesperson Hugh McIntyre on Jimmy Kimmel Live!. This ABC talk show has a bit of a Lost obsession, featuring numerous interviews with actors & producers, visits to the set in Hawaii,
and parodies of the program–all of which maintain the notion that Lost is a fictional TV show. Yet McIntyre appeared as a “real” representative of Hanso, defending alleged misrepresentations of the organization in the fictions of Lost and the recently published novel Bad Twin. 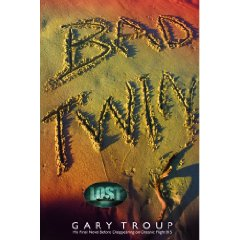 This novel is another component of both the ARG and the TV show–author Gary Troup died on Lost's ill-fated airplane crash, but his unpublished manuscript has been found and read by two characters on the show. Disney's Hyperion Publishing published the ghost-written manuscript in May as if Troup were a real author who had perished in a tragic plane crash, promoting it (and providing “Experience” clues) via posthumous video interviews with Troup on legit sites like Amazon.com. To complicate matters, Troup's fiction-within-a-fiction refers to institutions and characters from Hanso, Widmore Corporation, and Oceanic Airlines, which exist within the storyworld of Lost, but are treated as real in the “Experience.” McIntyre and Hanso have publicly denounced Troup in newspaper ads and on Kimmel, asking us to believe that the real Troup died in a real crash that is being fictionalized on Lost.

However any claims to reality within “Experience” start to crumble upon reflection–if we are to believe Hanso's claims, Lost is a fictionalization of real figures and events, including the September 22, 2004 plane crash that killed Gary Troup. But Lost premiered on ABC on that very date and thus could not be portraying a real event that had yet to happen when it was filmed, creating a disconnect between the various meta-fictional claims abounding with the “Experience.” Additionally, recent clues within the game point to images from the show's island concerning a shark with a logo (if you don't watch the show–don't ask!), suggesting that within the allegedly real website of Hanso, events on this fictional television show are also pointing to real events–a claim that breaks down within spaces like Kimmel, in which television actors and ARG characters co-exist on the same plane of existence. While such a discussion of meta-levels of fictional reality might appear to be nitpicking and simply a set of complications to be overlooked for the fun of the narrative, remember that ARG players are asked to believe in an Alternate Reality which requires them to unpack surfaces for hidden meanings, running HTML source codes through anagram generators and base64 decryption–these meta-fictional details and consistencies are the very lifeblood of playing ARGs and immersing yourself in complex puzzle narratives like Lost. I'm expounding on these details not to condemn the sloppiness of the puppet masters, but rather to suggest that there may be some deeper difficulties in adapting a complex serialized fictional narrative to the particular demands of illusory realism of the ARG format. How can we buy into an alternate reality that we have already conceptualized as fictional?

Another key disconnect between the norms of television and ARGs concerns
advertising. Even with TiVos and online access, television viewers accept the premise that they are being given access to free programming in exchange for their consumption of advertising. Likewise, nearly every previous ARG has been tied into a marketing campaign for a film, videogame, or product–thus neither of these forms has some idealized artistic purity outside of the commercial realm. Yet players of “The Lost Experience” have been actively irritated with the integration of advertising within the ARG, as Sprite, Jeep, Monster.com, and Verizon have all had sponsored sites with embedded clues. In part this is due to the perceived weaknesses of the clues themselves, as people find themselves sifting through product literature for anti-climactic passwords revealing more of the same Hanso corruption. Additionally, players seem to be put-off by the disconnect between the game's content and the ads–much like television viewers bristling at product placement that seems tacky and superfluous to the action, ARG players accept the marketing dimension of games when there is significant payoff and integration of the content. The game seems to even acknowledge and mock this disconnect–one “Experience” character, DJ Dan, runs a podcast outing conspiracies and “shutting down the man,” while running corporate banner ads on his site. In one podcast (knowingly named “tel soul,” an anagram for “sell out”), a listener accuses Dan of hypocrisy–Dan responds with a rant singing the praises of Jeep and Sprite and claiming that it's a “small concession to make for my voice to be heard.” Players are less sure, as they're skeptical that Dan and other characters voices are offering anything worth hearing over the promotional pitches.

This critique of “The Lost Experience” is meant not to condemn an ambitious attempt to take a cult game form into the mainstream or innovate cross-media storytelling techniques. On some fronts the game has succeeded–the book Bad Twin has sold well, propelling a literally unknown (and unreal) author onto the bestseller list, and generally satisfied players with a mediocre (seemingly by design) detective novel that offers insights into both game and show. But every medium and storytelling format has its own norms and biases, limitations and possibilities–thus far, the conflicts between these two narrative modes seem to have hurt the game's viability.

Can an established serial fiction make the leap into an alternate reality game? As of now, the clues make it appear doubtful–but given the tendencies of both modes of storytelling, everything we think we know might change. Perhaps the “Experience” as played out thus far has been a metaphorical exercise like the show's button-pushing, carrying out senseless tasks motivated by faith for a big payoff that will reveal deeper meanings behind the surface. Just to be sure, I'm still playing…