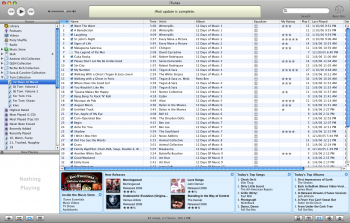 For what it's worth, I didn't see Saturday Night Live (SNL) this weekend. I was in Vancouver eating and drinking with many of the Flow contributors and staff (great party, by the way) while celebrating a solid Society of Cinema and Media Studies Conference. While the American variety program is legendary for the comic performers it has developed, the names of which comprise a veritable “who's who” of North American comedy, the last two years just haven't been that pleasant. Indeed, the fact that fallow seasons have become something to expect by its audience is partially one reason why it hasn't been cancelled. In the US the show almost has the feeling of a weekly ritual, a sort of social obligation that people must, at a minimum, acknowledge in offices and between friends even if one has or has not seen the latest episode. And while there is no way to verify it, I am willing to venture that in the last 30 years only discussions about weekend football could claim more voices than discussions regarding SNL sketches in Monday morning, over-the-water-cooler office chatter. That said, I cannot remember the last time I sat through an entire episode of SNL, let alone found an SNL skit so funny that I could not stop talking about it with my colleagues, friends and students.

So it was a something of a shock to find in late 2005 a SNL skit that made me want to watch it over and over and over. However, the difference between this skit, “Lazy Sunday (aka, the Narnia rap),” and others, was that I didn't see it at home on my TV and have never seen it on my or any other conventional television set. Instead, I took up Apple's iTunes store offer to download the skit for free and watch it on my computer, which I have close to 30 or 40 times now. Indeed, the popularity of “Lazy Sunday” grew and spread quickly after this release. One Village Voice columnist asked whether or not it was “better than actual rap.”

And, to be sure, it is easy to understand why the clip was so compelling. Andy Samberg and Chris Parnell's rap may be in a “gangsta style” but it avoids many of the clichés in which so many parodies of rap indulge themselves. Instead of dressing up “like a gangster rapper,” the two performers look like everyday 20 to 35 year old guys whose favorite piece of winter attire would be an old parka layered over two old t-shirts. As the duo rap about cupcakes and sneaking food in the theater with the help of a backpack and the power of “dropping Hamiltons,” it becomes cleaer that this is one of the funnier two minutes and thirty-one seconds to appear on SNL in years.

Yet, rather than seeing it on Saturday evening and talking about it on Monday morning, I saw “Lazy Sunday” on a Tuesday, played it and replayed it, and started e-mailing friends about it on Wednesday. That difference between how I consumed an SNL sketch, so seemingly minor, was the proverbial red flag that eventually lead me to take note, admit that everything had changed and plunk down around $350 for a 60gb iPod video. In other words, this was another one of those moments that, as mentioned in my previous article, where I could no longer deny the importance of broadband networks and personal end-user technologies. What the proliferation of personal playback machines such as the Sony PSP and iPods will mean for television is still up for debate. However, for those of us who have spent a good portion of our media lives waiting for new records rather than an upcoming television series, Tuesdays have a special place in our lives. In the years that I have been buying recordings, the one thing that I can honestly say that I never thought I would anticipate buying on a Tuesday is a new television program that I could then walk around viewing on a leisurely stroll or on an airplane. Perhaps I could imagine buying a relatively “older” television program in VHS or DVD form, but not one that had come out only days ago and afford itself such mobility.

But after purchasing my video iPod and going through a variety of video programs and sources, it has become clearer and clearer just how much the convergence of media on personal playback systems needs to be thought through by reflecting on how consumers have demanded, altered and enjoyed music as the listening experience of this art form has become more and more “personalized” in the last 60 years or so. Tapes, LPs, CDs, walkmen and portable radios are part of a long history of taking great music in relatively high-resolution forms out of concert halls and into homes, dens, cars, walks and beaches that begins after World War II. So let's begin with the proposition that television will, like music, become more and more “relatively detachable.” Not only will the program be able to be deconstructed by listeners who will take these pieces anywhere and watch only the portions they enjoy, but television will begin to become composed and marketed in such as way as to satisfy this desire. It is true that television programs have found themselves becoming more and more reproducible and repeatable, as VCRs and DVRs have become standard in-home media technologies, it was also the case that their detachability was limited. You still had to wait for the program to be aired and, for the most part, these programs would be replayed at home. Indeed, in the case of first-run programming, you were still obliged to deal with a regional distributor of some sort such as an affiliate, an O&O or your local cable operator's menu of channels. And while you have been able to take “older programming” in the form of DVDs out and about while traveling, at some level you had to put up with “the rest of the show” even if you could “fast forward” or skip through chapters. 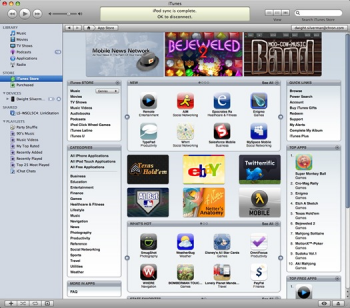 But if you can legally download your favorite segments of an SNL program rather having to wade or fast-forward through a crap skit or a rotten musical act, i.e. “filler,” then what you have is the televisual equivalent of the “single” or a “choice cut.” Indeed, among the many pleasures of owning records is being able to skip forward in them, dismiss any author's organizational intentions, and place only those songs and passages that you prefer “out of context.” From LPs to CDs and mix tapes to mash ups, whether one is taking Beethoven to the beach or making a sample of a sonata funky, “relative detachability” is a critical source of pleasure. While “slash videos” have been around for years, even the most amateur ones required relatively expensive equipment and specialized labor skills (anyone remember what a pain in the rear it was to learn physical, linear editing techniques?). Indeed, as the ability to capture and create easily distributed video proliferates as broadband usage becomes more and more common, we are getting network formations that, as Derek Kompare and Jason Mittell have pointed out, avoid the conventional geographical gatekeepers of the past. But as they are downloaded and captured they now encounter a vast array of editing technologies such as Clip Creator, an open-source, freeware program for Mac users that conveniently allows one snip and clip sections of video for analysis and exchange. 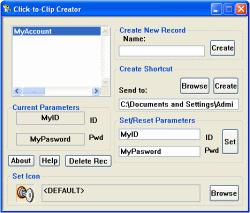 For me this kind of element of jumping into, out of and around a recording is best identified as “play,” i.e. the ability to move freely within a bounded space. Just as one plays a record or a CD in a car or on one's iPod, now we are able play and play around with television on our computers and PSPs. In video game studies this kind on play that “was not anticipated by the game
designer” is, according to Jesper Juul, known as “emergent play.” Indeed, movements revolving around “emergent play” capabilities such as machinima and quirk based strategies are growing more and more popular and show no signs of letting up in video game culture. Not only am I suggesting but I firmly believe that television, with its newfound detachability, is becoming more and more playful and is something that we should embrace. To be sure, this playfulness is a potential windfall for media educators who can now make their classrooms more pleasurable by combining a couple of freeware programs with students who posess gigabyte after gigabyte of audiovisual media on portable hard drives. The close analysis that I abhorred as an undergrad and graduate student because it seemed so clunky (Steenbecks, multiple screenings, 3rd generation tapes, oh my!) is now something that students can do as they playfully engage their objects of analysis and criticism in their own dorm rooms and in travel. And while I am certain that producers will most likely react by becoming deeply concerned with limiting how we play around with their shows, the genie is out of the bottle and I plan on downloading, editing and clipping together a number of my own SNL sketch compilations and giving them out to friends and family as gifts. Lord knows they work hard, deserve a laugh or two, and should never have to suffer through the filler that is a Jon Heder monologue and an Ashlee Simpson performance to get them.